Globes 400 Years of Exploration, Navigation and Power : A full review

I want to spend some time reviewing this very special book with the unique eye of someone who has a better appreciation of Globes than most other people who might review this book. 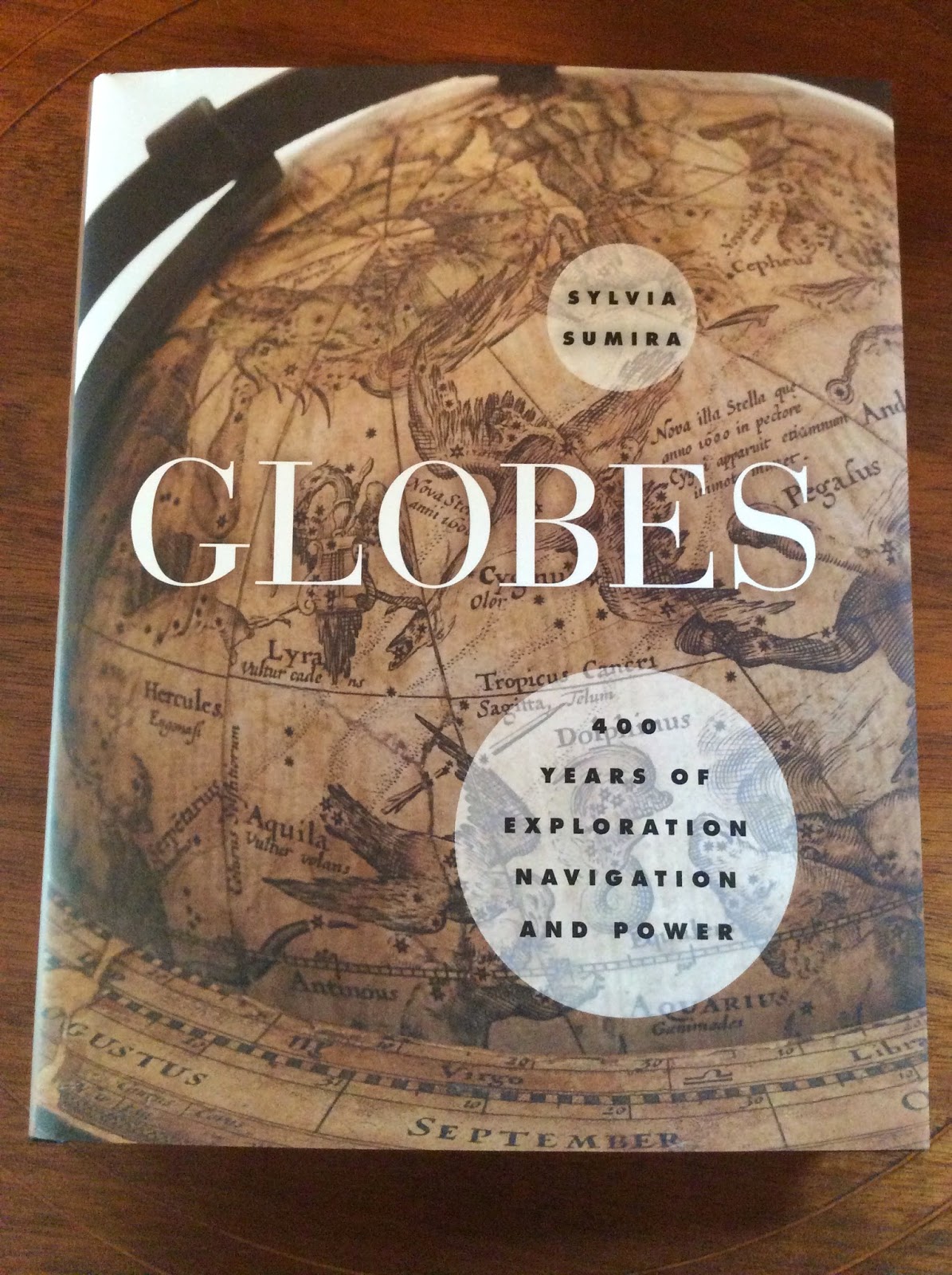 Globes  ( as I'll refer to it )  is a wonderful book that traces the history of the globe from it's commercial beginning in the 15th century through the 19th century; the author Sylvia Sumira is uniquely qualified to write just such a book, she is a professional conservator who specializes in globes.
I have spent many evenings with this book it is a large coffee table sized tome with well over 100 rich color photographs of all manner of globes spanning 400 years.  But it also contains 40 pages of text devoted to the history of the globe, as well as the manufacture of globes.
The globes profiled in this book are rare examples of the art and science of globe making, each one tells a story that shows the advance in geographic discovery.  Ms. Sumira takes each of these gems and explains why it's important, and why it advances globe making. In essence she lays the historic foundation for anyone interested in studying or collecting globes. It struck me how little has changed in the manufacturing process in 400 years, in fact up until very recently let's say 50 years ago it seems that the same tried and true processes applied. There are not many manufactured goods that can claim such longevity.
Map collectors have had the good fortune of their choice of reference material, now those of us with an interest in globes have a high quality text to accompany our passion.  This book is printed in the U.S. under one title, and printed in Great Brittan under a different title, I believe both are the same book,just differently titled ( Amazon actually sells both versions)
A personal observation, Globes timeline ends where my collecting interest begins, but that's ok, in fact the globes profiled in this book with a few exceptions are so rare that all known examples are probably already in museums, or private collections.  This book looks at the globe as an object that helped to shape history  as well as an object that was shaped by history. From artistic status symbol, to humble schoolroom tool, a fascinating tour.
In closing if you are interested enough about globes to read my blog, then you defiantly need to go out and get this book, it is through and professional, a reference I'll be returning to again and again!
Posted by Kyle at 9:35 PM