This globe collectors year in review

Obviously 2020 has presented multiple challenges. To pretend differently is foolish, that said I want to post about quite an interesting year on the collecting front.    Some years I find many new treasures, some years I find very few. This year was something of a banner year as far as my collection goes.  I'm going to run down from the start.

1.  The year started out slowly In January and February I was able to purchase a series of great globe related ephermal items. Including an exceedingly rare AH Andrews original advertisement, and a Schedler globe manual/ catalog . 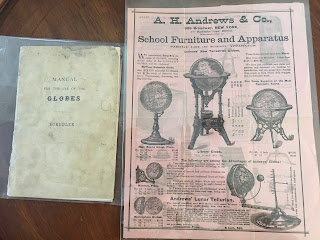 2.  March and April brought 2 tiny surprises to my collection the addition of a Holbrook 3 inch hinged globe as well as a great Schedler 3 inch globe.  Both went off to Green Dragon for some conservation work and I was able to check two globes off my bucket list.   Incidentally I was also able to secure an original Schedler handbook to complete the globe. 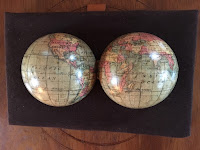 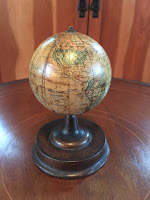 3. April found me on eBay with the chance to purchase a great small globe from the American globe and School supply company.  I bought it right so I was willing to try my hand at a cleaning technique that turned out to work with spectacular results. 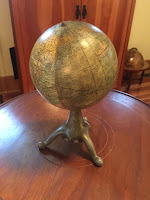 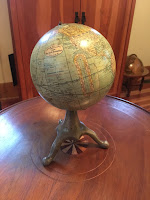 4.  May took me on a bit of a road trip to find a delightful Amberg flat file cabinet that would prove the perfect storage solution for my ever accumulating collection of handbooks, ads, and manuals.   Everything cataloged and in one place. 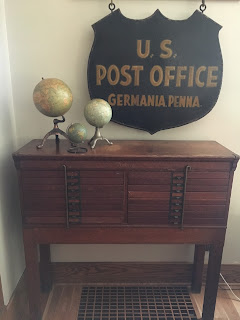 5.  June was interesting in that I was afforded the opportunity to purchase the wooden carrying case that would complete my Trippensee Planetarium, that along with the correct instruction book make for a wonderful set. 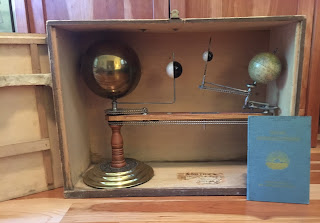 6.  September found me much closer to home where I was able to locate an original wall map of my hometown,  with some ingenuity I was able to hang it in a place that minimizes exposure to damaging UV rays as well as allowing the map to become a centerpiece of my library. 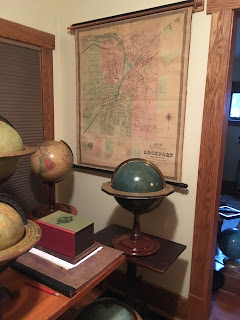 All in all a banner year for this collector,  Some of these items were bargains some were retail purchases, but when considered as bringing joy and preserving history then a worthwhile expense for sure!